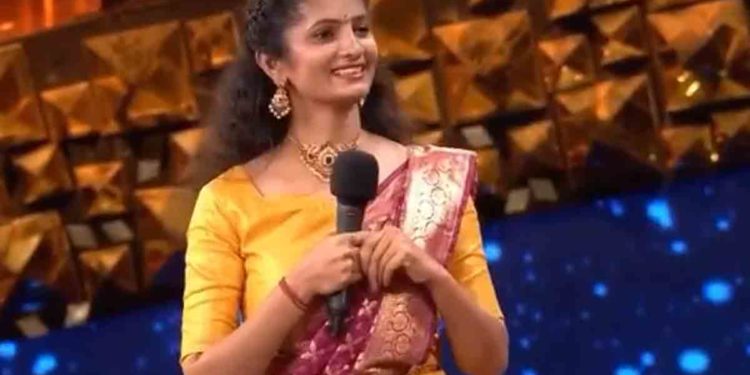 The fifth week of Bigg Boss Telugu Season 4 has drawn to a close. While Surya Kiran, Karate Kalyani, Devi Nagavalli, and Swathi Deekshith were evicted from the show in the first four weeks, Sunday’s episode witnessed the eviction of Sujatha from Bigg Boss Telugu 4.

The episode began with a dumb Charades task put up by the show host Akkineni Nagarjuna. Stepping up the entertainment quotient, the show host unveiled posters of each of the contestants dedicating the movie titles given in the activity. Later on, Abijeet, Noel, Lasya, Ariyana, and Monal were announced safe after the Dumb Charades segment. Bringing an end to the suspense, Nagarjuna announced that Sujatha was eliminated from the Bigg Boss Telugu Season 4.

Popularly known as Jordar Sujatha, the 25-year-old is a news presenter from Telangana. While netizens predicted her elimination, the ex-contestant revealed in her post-eviction interaction that she never expected this development. Sujatha added that she had the best memories of her life in the Bigg Boss house. Before leaving the stage, Sujatha dropped Bigg Bomb on Sohel. According to it, he must do the dishes for the entire week.

Earlier on Saturday, Sohel was the first contestant to be saved from nominations. Being the current captain of the house, he is immune to nominations this week as well. Later in the episode, it was revealed that Gangavva expressed worries over her ill-health. Citing her health issues, Bigg Boss had permitted Gangavva to quit the show. The housemates gave her a warm farewell and wished for her speedy recovery. She was seen overwhelmed with joy after watching her journey on the show. Speaking to Nagarjuna, Gangavva expressed happiness and gratitude over the opportunity and wished the best of everything for the rest of the contestants. After receiving a standing ovation from her team, Gangavva left the show saving Akhil from the elimination.