Andhra University set to celebrate its 94th Anniversary in Vizag Andhra University will celebrate its Founder’s day on the 26th of April in Vizag. Notably, the celebrations this year will mark the 94th Anniversary of the prestigious University. The occasion will be celebrated with a special programme at the Dr. Y.V.S. Murthy auditorium on the campus. Also, retired faculty who have crossed the age of 80 years will also be felicitated during the programme.

As reported by The Hindu, after garlanding a statue of the varsity’s founding Vice-Chancellor, C.R. Reddy,  Director of Physical Research Laboratory in Ahmedabad, Dr. Anil Bharadwaj will deliver the Foundation day lecture.

Speaking to the media on Monday, Prof G Nageswara Rao informed that a book on the 100 years history of the University would be published in 2026, marking its centenary year. He further urged the government to provide basic facilities for setting up the Central Tribal University, which is expected to start functioning from this academic year. Prof. Rao also said that over 500 acres of land have been allotted for the same in the Kothavalasa Mandal, Vizianagaram district. 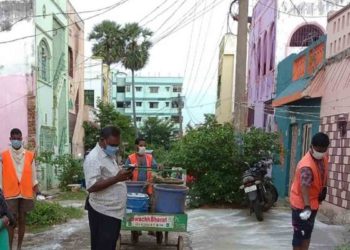