8 lesser-known Malayalam movies that every film-lover must watch

8 lesser-known Malayalam movies that every film-lover must watch Movies hold the power to transport us to another space and time instantly. In India, we have the advantage of soaking up an assortment of languages and cultures through cinema. Of these, Malayalam cinema stands out for movie lovers across linguistic and cultural borders. The simplicity, realism, and visually appealing sceneries of Kerala make Malayalam cinema a hot favourite. From Kumbalangi Nights to Premam, contemporary Malayalam movies are an unexplored treat waiting to be discovered by the masses. Here is a list of contemporary Malayalam movies that you must watch.

8 lesser-known Malayalam movies that every film-lover must watch: Ozhivuduvasathe Kali won the FIPRESCI award for the best Malayalam film at the International Film Festival of Kerala in 2015 and the best film at the Kerala State Film awards in the same year. Directed by Sanal Shashidharan, Ozhivuduvasathe Kali has lengthy single shots, unfolds in front of the viewer making it feel like real life. Based on the story written by Unni R, the movie focuses on the politics of Kerala, and the plight of Dalits. The nail-biting climax will make you re-watch the movie for sure. Directed by Anil Thomas, Minnaminingu talks about the hardships of a woman who struggles to make ends meet, with an ill parent and a daughter whose education is at stake. Minnaminingu’s simple storyline comes alive due to gripping performances by its actors. The National Award-winning performance by actress Surabhi Lakshmi makes this movie a must-watch. You will find yourself rooting for her character throughout. Directed by Shyamprasad, Artist is a film made as beautifully as it’s protagonist – Michael’s paintings. The plot follows the evolution of a fine arts student who goes on to become an artist. Michael (played by Fahadh Fazil) and Gayathri (played by Ann Augustine) fall in love and move in together, defying norms of the Indian society. This romance is anything but conventional – featuring insecurities and infidelity in their full glory. The slow-paced scenes between the leads build-up to the brilliant climax in the end. 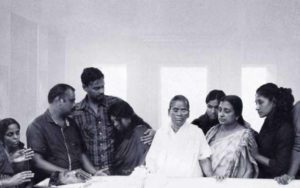 Shavam won the Best Foreign Film Award at the Barni International Festival in Moscow. Directed by Don Palathara, this satirical narrative looks at the concept of death from a different lens. As the story takes us through the pre-funeral ceremonies of a young man, few elements catch us by surprise and force out a giggle. Exposing the insensitivity of families, rehearsed funeral cries of women and men sneaking in alcohol – Shavam is a morbid comedy at its best. Directed by Santhosh and Sathish Babusen, the narrative revolves around Gautham – an established writer. He is visited by a seductive, young woman and a young man on different days. The plot then follows Gautam’s tryst for freedom. The young woman and man are personified as different elements according to different theories related to the movie. The obscure story-telling format earned Chayam Poosiya Veedu a reputation of being complex. Set in the backdrop of Malappuram in Kerala, Sudani from Nigeria celebrates a Nigerian football player (Samuel) and integrates him, first into the heart of Majeed (Soubin Shahir), then into the hearts of the people around him. Directed by Zakariya Muhammed, the story is warm and cozy just like the relationship between Samuel and Majeed. Music by Rex Vijayan makes it a heart-tugging watch. Based on Anton Chekov’s famous short story ‘Vanka’, Ottaal finds a justifiable parallel reality in a reel in Kuttanadu, Kerala. The heartwarming narrative of Kuttappayi and his grandfather set in the backdrop of scenic waters filled with wild lotuses is sure to tug at your heartstrings. The heart-warming story of the relationship between the grandfather and his grandson makes Ottaal a must-watch. 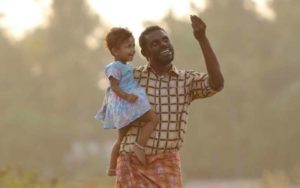 Concluding this list of underrated Malayalam movies that you must watch, is Thotappan. Based on Francis Norhona’s original story, Thottappan is a movie that lingers on, long after it ends. The story follows the story of Ithakk (Vinayakan), and his god-child Sarah. The plot then follows an inspirational transformation of Sarah, when her father goes missing.