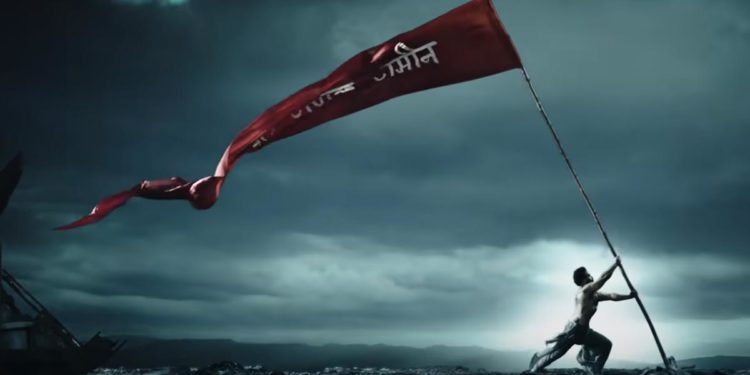 2020 has made us appreciate movies more than ever for they helped us fight off solitude, kept us inspired and gave wings to our imagination even while we were locked inside our houses. As much as we enjoyed watching films from the comfort of our homes, don’t we all love to experience the larger-than-life sagas on the silver screen, amid the frenzy? With the reopening of theatres, here are 8 upcoming Telugu movies that are slated for a release in 2021.

The much-awaited RRR (Roudram Ranam Rudhiram) has been in the headlines ever since the film was announced. With a stellar cast including Ram Charan, Jr NTR, Alia Bhatt, and Ajay Devgn among others, this period drama is helmed by star director SS Rajamouli. While the much-awaited first looks of Jr NTR and Ram Charan were released in 2020, the makers have reportedly decided to surprise fans by unveiling the film’s teaser on Republic Day, 26 January 2021.

After delivering a hat-trick of hits with Bharat Ane Nenu, Maharshi, and Sarileru Neekevvaru, superstar Mahesh Babu will be back with Sarkaru Vaari Paata. Starring Keerthy Suresh as the female lead, this highly anticipated movie is being directed by Geetha Govindam fame Parasuram. The motion poster, which was released on the actor’s birthday, created a buzz among the cinephiles.

Heading home after wrapping up my work for #WildDog !!feeling sad as I say good bye to my talented team and the Himalayas!! #manali @MatineeEnt @SaiyamiKher @ActorAliReza @onelifeitiz @mayankparakh19 @bilal06858696 pic.twitter.com/Ur3V5OH9if

After the debacle of Manmadhudu 2, Nagarjuna is gearing up to win over the audience with Wild Dog. Bankrolled by Matinee Entertainment, the film, directed by debutant Abishor Solomon, will see the actor play an NIA officer. Reportedly, the makers of the film recently completed the final schedule in the Himalayas.

After working together for Arya and Arya 2, director Sukumar and actor Allu Arjun have joined hands for a film after a decade. The movie, which is said to be an action thriller dealing with red-sandalwood smuggling, will feature Allu Arjun in a rugged avatar.

Starring Megastar Chiranjeevi in the titular role, Acharya is touted to be a historical action movie. Directed by Koratala Siva, the flick marks the 152nd venture of Tollywood’s beloved Megastar. Produced by Ram Charan, the film stars Kajal Aggarwal and Sonu Sood in key roles. The film is slated for a release in the summer of 2021.

The success of the magnum-opus Baahubali has made Prabhas a household name across the country. The actor is now gearing up to greet the movie buffs with Radhe Shyam. With Pooja Hegde as the female lead, the film, directed by Radha Krishna Kumar, is said to be a romantic drama set in 1970s Europe.

Directed by Srikanth Addala, Narappa is a remake of the much-acclaimed Tamil film- Asuran. Venkatesh Daggubati, who will be seen in the titular role, stars in this compelling story depicting the caste divide. The film featuring Priyamani, Prakash raj, and Karthik Rathnam in pivotal roles is expected to be an interesting watch like its original counterpart.

The wait for Pawan Kalyan fans will soon come to an end as the actor will be greeting them with a theatrical release a nearly three-year hiatus. A remake of the Hindi film- Pink, Vakeel Saab is directed by Venu Sriram. Reprising the role of Amitabh Bachchan, Pawan Kalyan will essay the role of a lawyer. The film also stars Shruti Hassan, Anjali, Nivetha Thomas, Ananya Nagalla, and Prakash Raj.

PS: It must not be forgotten that we are still in the middle of a global pandemic. Adhering to safety protocols should remain our top-most priority while going to cinema halls.