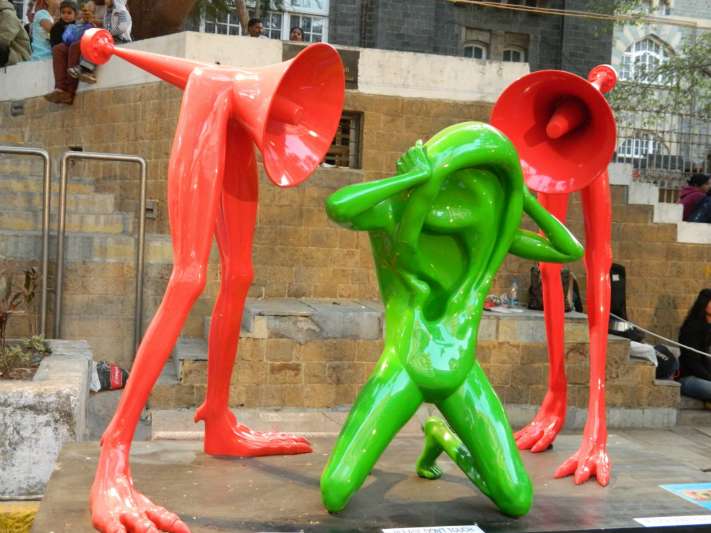 Visakhapatnam is reportedly falling prey to noise pollution, the statistics available at the pollution control board point towards it. The sound produced in the city has been recorded to be at a higher level than what is permissible. Residents are knowingly/unknowingly facing high levels of noise pollution in residential, commercial and industrial areas.

AP Pollution Control Board’s (APPCB) records state that last year, the average noise level at Jagadamba stood on an average at 84, Maddilapalem stood at 83.7 and RTC Complex stood at 85.1. At sensitive areas like the zoo and near hospitals, the decibel levels are supposed to be low but they stand at 30-40 decibels higher.

Other than Siripuram, another sensitive zone that records noise pollution is the KGH area – thanks to the narrow roads and high vehicular traffic. A PCB source told The New Indian Express, “Despite no-horn boards dotting the road, a few pay heed. With the shopping malls mushrooming in this zone, there is more vehicle movement which means more noise pollution.”

The noise pollution in residential areas didn’t fare better either. Against the permissible limit of 55 decibels, the noise levels in Seethammadhara stood at 80.6 decibels last year. Residents of Daspalla Hills, Convent junction, Beach Road, Gnanapuram and a few others have recorded high noise pollution due to flight movement.

At the industrial areas, when the noise levels should stand at 75 decibels, they have reportedly recorded 25-30 decibels more than the permissible limit. Surprisingly, there aren’t any stations in these areas to measure noise either.

The traffic police have been registering cases against those making sounds and honking horns, but few get registered. ADCP Mahendra Patrudu said, “If the vehicle is caught honking horns in the restricted zones like KGH, Court Road, Siripuram, then cases are registered. However, there are some minor cases too.”