Meet this cricketer from Vizag who trains young talents in Singapore

Yo! Exclusive: Meet this cricketer from Vizag who trains young talents in Singapore His passion for cricket has led Mr. Sarika Siva Prasad across the sea from Vizag to Singapore. Mr. Prasad’s journey has been full of ups and downs, from having to leave Vizag, for his dream of becoming a cricketer, to becoming an international umpire. Starting off as an all-round cricketer in Vizag, who primarily bowled left arm spin while batting in the late-middle order, Mr. Prasad has held many roles since then. But the 61-year-old cricket coach-cum-umpire is still just as committed to cricket as he was in his youth.

In a chat with Yo! Vizag, Mr. Prasad shares his journey from a promising cricketer in the 1990s in Vizag to training young talents in Singapore.

Born in Visakhapatnam, Mr. Sarika Siva Prasad has had his schooling, as well as early brushes with cricket, done in this coastal city. In the nineteen-eighties, he was attending school at St. Aloysius’ Anglo-Indian High School where the cricket bug first bit him. From then on, he continuously played for his cricket team and then, for his college at Andhra University (AU). Things began to look bright when he played at the district and zonal level. This all-rounder was making the right noise in the cricket circle and that dream of playing for India suddenly didn’t look far-fetched anymore.

But then, his career stalled for some time. Due to his achievements, he received a job, through the sports quota, at the Visakhapatnam Port Trust (VPT), while captaining their team. In 1996, he heard from his friends about the cricketing prospects in Singapore and received an offer to play for the Ceylon Sports Club there. “Everyone else was telling me that it is not a good idea, they were pointing out that I have a good job and my life is set at VPT, that I shouldn’t risk it with this move.” But Mr. Sarika Siva Prasad loved cricket too much to give it up. Hence, the move to Singapore happened for this Vizag cricketer.

“Once in Singapore, the Singapore Cricket Association (SCA) made note of my skills and invited me to coach young players who aspire to play international cricket. I set up a cricket academy, called SportyGo with my friend and with time, we have built a strength of around 150-200 players. Depending on their age and their skill level, we start them off with a soft ball or a hard ball.” While all cricket academies teach the technical aspects of the game, this cricketer from Vizag also believes in teaching life skills to cricketers in Singapore at a young age so that they can not just be talented players but also good people.

With this academy, young cricketing talent in Singapore has thrived and with the talent, the Singapore national cricket team has also thrived. It has rapidly climbed the ICC rankings and also came close to qualifying for the T20 World Cup taking place currently in the UAE. At the qualifier tournament which took place in 2019, the team even defeated the eventual qualifiers – Scotland.

When asked how he came to become an international umpire, Mr. Prasad revealed, “During my early years, I undertook an umpiring course. At that time, umpiring in cricket matches was a great way to earn some pocket money. From there on, my umpiring skills went on improving and it got to the point where I was included in the ICC Panel of Development Umpires.” In his umpiring career, Mr. Sarika Siva Prasad has stood in 12 ODIs, 40 T20Is and 40-50 women’s cricket matches. The highlight of this umpiring career came in 2013 when he stood in the 2013 Women’s World Cup which was hosted by India. Umpiring, in general, is not a popular profession and interested candidates usually don’t know how to go about becoming a professional cricket umpire. For any aspiring umpires out there, Mr. Prasad has a few words of advice – “You need to be able to enjoy umpiring before you take it up full-time. It’s hard work and requires rigorous training. Interested candidates need to have good control over the game and need to know how to communicate well with the players. But once you get there, umpiring is literally the best seat in the house to enjoy a game of cricket.”

In his adventures, as a cricketer and an umpire, Mr. Prasad has bumped into many popular names. “I played against the likes of Krishnamachari Srikanth, Mohammad Azharuddin and Bharat Arun during my playing days. Later, through the Asian Cricket Council, I also got associated with Roger Binny, Javagal Srinath and Venkatpathy Raju. I umpired in one of the 2008 U-19 World Cup matches and saw Virat Kohli leading the Indian team. At a young age, he showed signs of a great player and a fierce leader.”

Mr. Sarika Siva Prasad currently provides both cricket as well as umpiring training in Singapore. He intends to continue doing so in the coming years. Despite all these years, he is still connected with his roots in Vizag. Every year, he brings a team from his academy to Vizag, to play with one of the local teams and understand how cricket is in India. Vizag has given him everything, from his love for cricket to his life right now. “I am very grateful to Vizag. This beautiful coastal city has given me so much over the years. The Andhra Cricket Association (ACA) nurtured my cricketing talent and let me grow. Even when I was moving to Singapore, the Visakhapatnam District Cricket Association (VDCA) helped me with my travel documents. Then, SCA embraced me with both arms. All that I am now, for that I’d like to thank these organisations. I’d also like to thank my family, especially my mother and my wife, who were with me every step of the way and had continuous faith in me. My cricketing journey has been simply spectacular and there are still a few chapters left in it.” 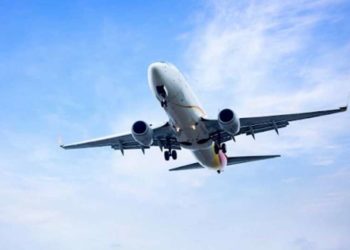