5 women entrepreneurs who fought the odds and built their empire

5 women entrepreneurs who fought the odds and built their empire 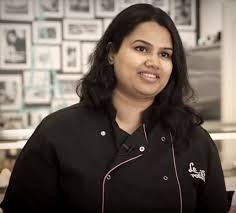 Indian women have always made the society proud. We bring you the stories of 5 women entrepreneurs who are doing their bit for the society and are emerging as few of the more influential ladies out there. They fought against the odds and stood by their dreams, inspiring millions of other women across borders. Menstruation still remains to be a largely prevalent taboo in our society. However, with concrete efforts from various quarters, it is getting the much-needed attention and the society has started accepting the fact. Aditi Gupta, in 2012, co-founded Menstrupedia.com with, her now husband, Tuhin Paul, as a crowdfunded initiative. Aditi created a Hindi comic book with Tuhin Paul, illustrating and educating girls about menstruation. Also, they started a website called Menstrupedia.com which guides women on hygiene, health and ways to be active during periods, plus – answers to frequently asked queries.