11 amazing facts about Andhra Pradesh that will amaze you 135
SHARES
1.3k
VIEWS
Share on FacebookShare on TwitterShare on WhatsAppShare on TelegramShare on Email

Andhra Pradesh stands as one of the more prominent states in India. A state that has natural and man-made resources in abundance, AP possesses a rich culture and heritage, much similar to any other Indian state. Consisting of 13 districts, the state has a population of about 5 crore individuals. Here are 11 facts about Andhra Pradesh that will surely amaze you.

#1 The designer of the Indian National Flag, Pingali Venkayya, was from Andhra Pradesh

#2 The state’s film industry holds the Guinness Record for being the largest film production facility! 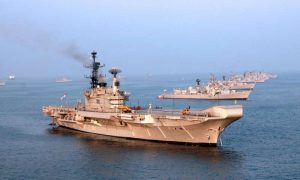 #8 Bhimunipatnam, also known as Bhimili, apart from its beaches, was one of the few Dutch settlements in India. It is also the 2nd oldest municipality in India after Surat #9 The Ponduru Khadi is one of the most famous villages in India. Noted for its finesses, the khadi from this village was also preferred by Mahatma Gandhi A small town in Guntur district, Amaravati has a 2,000-year-old heritage, making it one of the oldest places in Indian history. It was the capital of the Satavahanas during the 2nd and 3rd century BC, and after the fall of kingdoms like Pallava, it was captured by Britishers. It also houses many old Buddhist sculptures. Lambasingi (or Lammasingi), a village in the Chintapalli Mandal of Visakhapatnam district is situated 1,000 meters above the sea level. It is the only place in South India which receives snowfall and is also nicknamed as the Kashmir of Andhra Pradesh.