Here’s are the 5 most popular insurance companies in India Insurance is one of the booming sectors in India. Even though the current penetration of Insurance in India remains at 2.72 percent, each passing year witnesses more and more people securing their lives and other assets under insurance. India’s insurance sector consists of 57 insurance companies with 24 being in life insurance business and the remaining 33 falling under the non-life insurers’ category. Out of the lot, here are the 5 most popular insurance companies in India.

LIC is the sole public sector company among the life insurance companies in the country. It stands as the oldest, largest and most profitable companies in India. As per the annual report for 2016-17 by IRDAI, the company has 769386 policies and 98.1% of the claims being paid. LIC is headquartered in Mumbai and holds total assets worth Rs 27 lakh crore in H1 of FY18.

A company that started its operations in 2001, ICICI Prudential Life Insurance Company Ltd. (ICICI Prudential Life) has emerged as one of India’s popular insurance companies. It is a joint venture between ICICI Bank and Prudential plc. In 2015, the company crossed the mark of 1 trillion worth assets. As per the annual report for 2016-17 by IRDAI, the company has 10901 policies and 96.68% of the claims being paid. One of India’s top insurance companies, SBI Life Insurance was founded in 2001 with the headquarters based in Mumbai. It is a joint venture between State Bank of India (SBI) and BNP Paribas Cardif. As per the annual report for 2016-17 by IRDAI, the company has 17610 policies and 96.69% of the claims being paid. 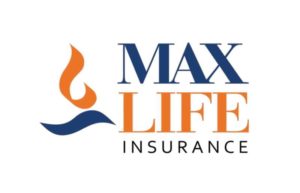 Founded in 2000, Max Life Insurance is a joint venture between Max Financial Services and Mitsui Sumitomo Insurance Company. The company holds assets worth Rs 358.2 billion as per the annual report for 2016-17 by IRDAI, the company has 9821 policies and 97.81% of the claims being paid.