Down memory lane: 10 nostalgic memories of Vizag from the golden era 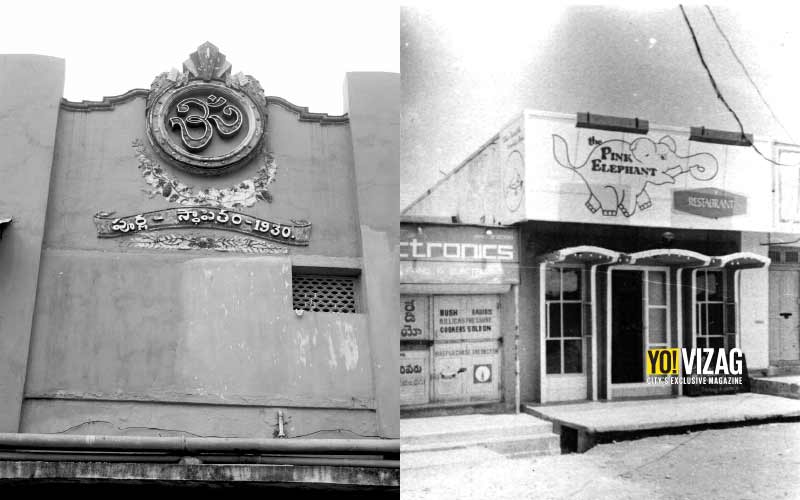 We’ve come a long way with the changing times. From jhatkas to automatic cars, from audio-cassettes to online streaming music and from limited entertainment options to becoming spoilt for choice. Here’s a trip down memory lane as we dig out and showcase the good old days of our beloved Vizag. As we open up the album, dusty with time, it’s exciting to discover how much wealth our history actually holds.

#1 Did you know that this theatre wasn’t just Vizag’s oldest, but the oldest one in all of South India? The Poorna Theatre enjoyed this distinction. Known as ‘Sri Krishna Touring Talkies’ in 1925, when it started, Sri GK Mangaraju built the full-fledged facility and renamed it to ‘Poorna Theatre’ in 1930. Having started with the screening of silent movies, such as Gajendra Moksham, the audience was treated to many more delightful flicks after that. With the classic ‘Laila Majnu’ premiering here in 1949, great Hollywood cinema like ‘Force 10 from Navarone’ was screened here as well. In fact, the theatre still stands, and the current owner, Sri Grandhi Venkata Ramaiah, was also awarded a commendation letter and memento during the Indian Cinema Centenary Celebrations held in Chennai. Kalabharati was established at Pithapuram Colony in the 1980s. While the quest for a location, to conduct cultural programmes, had begun in the 1970s, the Late Susarla Sankara Sastry collected the funds he could and took the dream forward. With good acoustic support, the 1000 seater auditorium was constructed by L&T, as a social initiative, and till date provides a platform for the best classical performers across the country. As a large number of performances continue to be held in this auditorium, artists are carefully vetted before they can perform on this stage. Standing at the edge of Dolphin Hill is Vizag’s beacon of assurance and an important point in our journey down memory lane, The Light House. This opened way back in 1957 when it was inaugurated by Sri Lal Bahadur Shastri himself. Three storeys tall, this offers one of the best places for a panoramic view of the coastline and continues to attract many for this reason. With a black tower, white base and a roofed lantern marking the distinguishing features of this lighthouse, this flashes its light every 10 seconds to assure the sailors at sea.

#4 And we had our share of ardent book lovers, with a store that’s now crossed the 100-year mark One of the oldest bookstores of Vizag, ‘Gupta Brothers Books’ was started in 1916 by Sri Vinnakota Jagannatha Gupta, who was a freedom fighter, teacher, writer, and columnist. He was also a member of the Constituent Assembly representing this part of the land during 1950-52. With humble beginnings, the store spread its branches to Jagadamba, in 1972, and Dwarakanagar, in 1984. With the improved store coming up in 2005, it soon added the art store in the Dwarakanagar neighbourhood as well. One of the oldest names, this store has now adapted to keep up with the times. Another important memory of our trip down memory lane, the Pink Elephant Restaurant and Bar, started in 1974, was a cool place to hang out at. Located at Srinagar Colony, this started as a restaurant and a bar was added in January 1975. Spread across one floor it could seat 30 people. It later expanded to the terrace and had 100 covers by 1980. Rocky Gomes, the Sous chef, was considered an expert in continental, Mughlai, Chinese, Indian and other cuisines. Operational till 2006, most regulars remember its white interiors with round tables and red tabletops. A large picture of the Pink Elephant sported at the entrance, while a cartoon of a worm and a bird with the line ‘where incredible friendships begin’ was present inside. Saturdays were known for their jam sessions and punch. “People were amiable, customers had a sense of belonging and some even helped write accounts”, says Sohan Hatangadi, who started the place. He also shares that his friendship with his wife Jayshree had begun here. Operational since 1952, K Jagannadha Rao & Sons was one of the earliest and premier business houses, that still trades in Hardware and Engineering Appliances. The store, set up in One Town area, was always a shop of high repute. Started by the Late Sri Kolluru Jagannadha Rao, who had served in the Royal Air force till 1946, his discipline and ethics reflected in his business too. Having learnt the trade from his uncle, he gave the store his name with the argument that, if he were to fall back on his standards, it would only reflect badly on his name. With newer options and variety now dominating the market, a few customers still visit the store, which is managed by Ratnam, the son of Late K Jagannadha Rao. Aptly named Jai Hind Textiles, this store relocated twice but continued to remain in the Old Town area. With the motto of “Be Indian buy Indian”, it started in 1947, a time when nationalistic feelings were running high. The store was started by Appanna Setty, a patriot at heart, in the old part of Vizag. Still open for buyers, there are many stories of customers who’ve shopped here since the times of their forefathers; earning a proud place on our trip down memory lane. Sourcing goods from across the country, all products here continue to live up to the name and are purely, and proudly, Made in India. This was the first five-star hotel for Vizag. Built with the involvement of Late Abid Hussain, District Collector of those times, it offered five acres of luxury. The name of the hotel changed to The Park, in the 1980s, linking to that chain of hotels. Serving European, Oriental and Indian cuisine, tariffs back then averaged at Rs. 50. Hosting many VVIP events, this brand continues to maintain its glory in today’s age and time as well. Located by the beach, offering beach shacks and pristine views of the bay, this place continues to be favoured by both tourists and locals alike. Constructed in 1962, on the property of M/s Sambandam and Co. to rectify Vaastu, the Sri Sampath Vinayaka Temple gained prominence post-1967, when His Holiness Sri Chandrasekharendra Saraswati of Kanchi Kamakoti Peetham installed a Ganapathi Yantram here. While pujas are conducted at specific times, the temple is open for darshan 24/7. Having etched its name of being one of the must-visit temples of Vizag, the belief is so strong that many devotees mark new beginnings, with a visit to this temple.

#10 Street food was popular too, dominated not just with South Indian, but North Indian versions as well The North Indian style of chaats was quite popular, catering to the cosmopolitan crowd that lived in Vizag. Sonia Hot Chaat near Daba Gardens was one of the first names to have brought some delectable delights like the potato-filled samosas and chaats. Moreover, this was a great place for friends to hang out too. While the store still stands at its original location and doles out chaat, the business has slowed with the times. Old-timers, however, continue to head there for conversations with the owner and to go down memory lane. Dr Sudhakar, who was recently admitted to the Government Hospital for Mental Care in Vizag, has written a letter and...